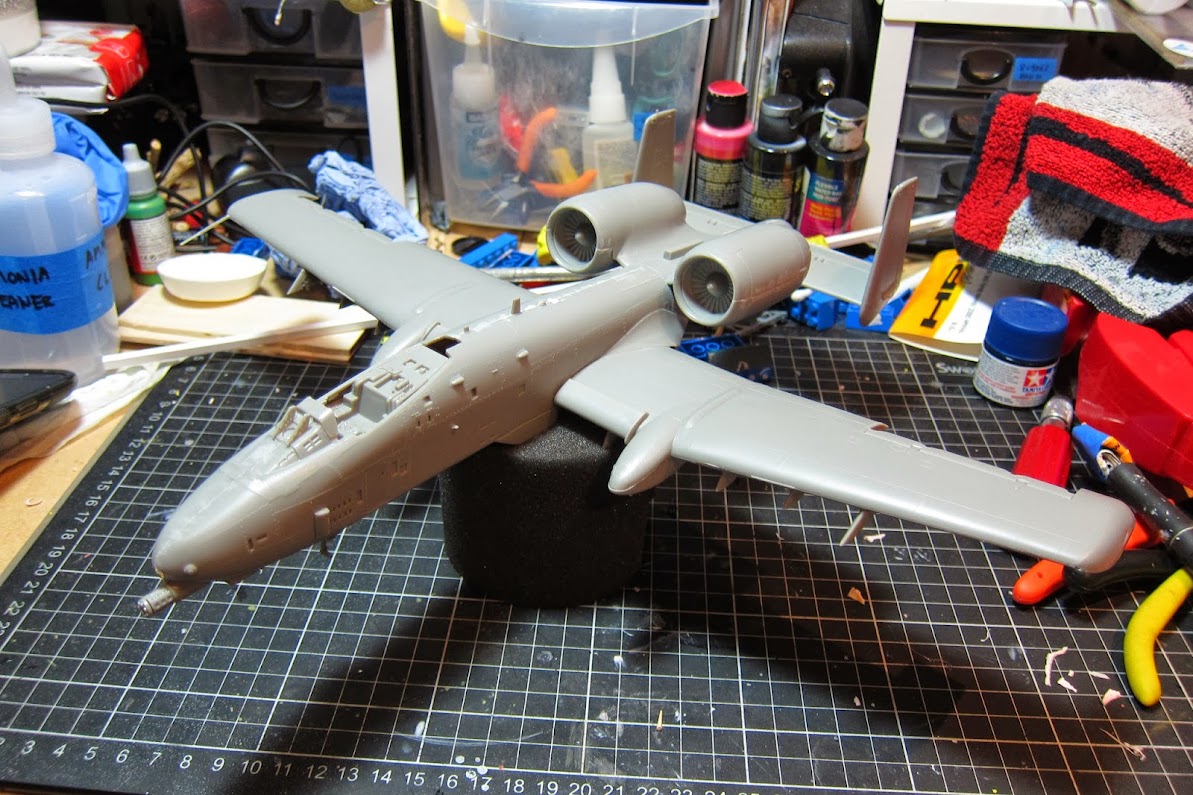 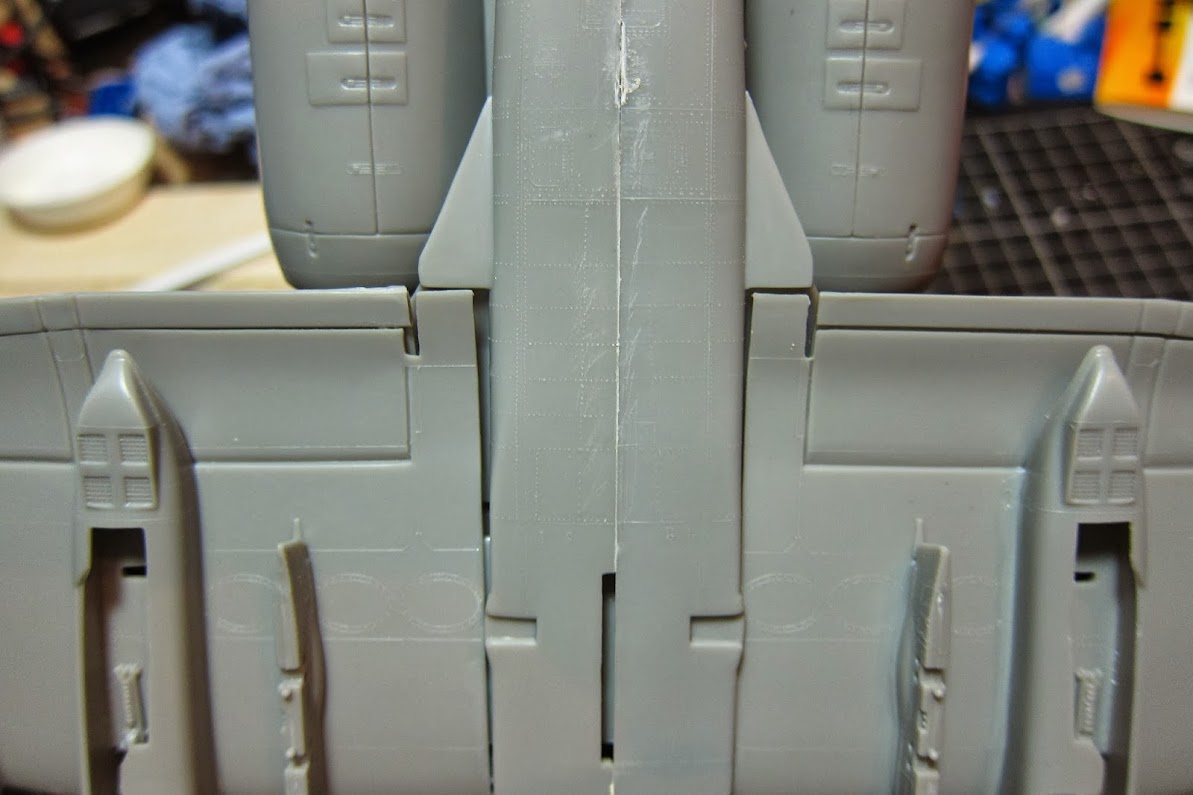 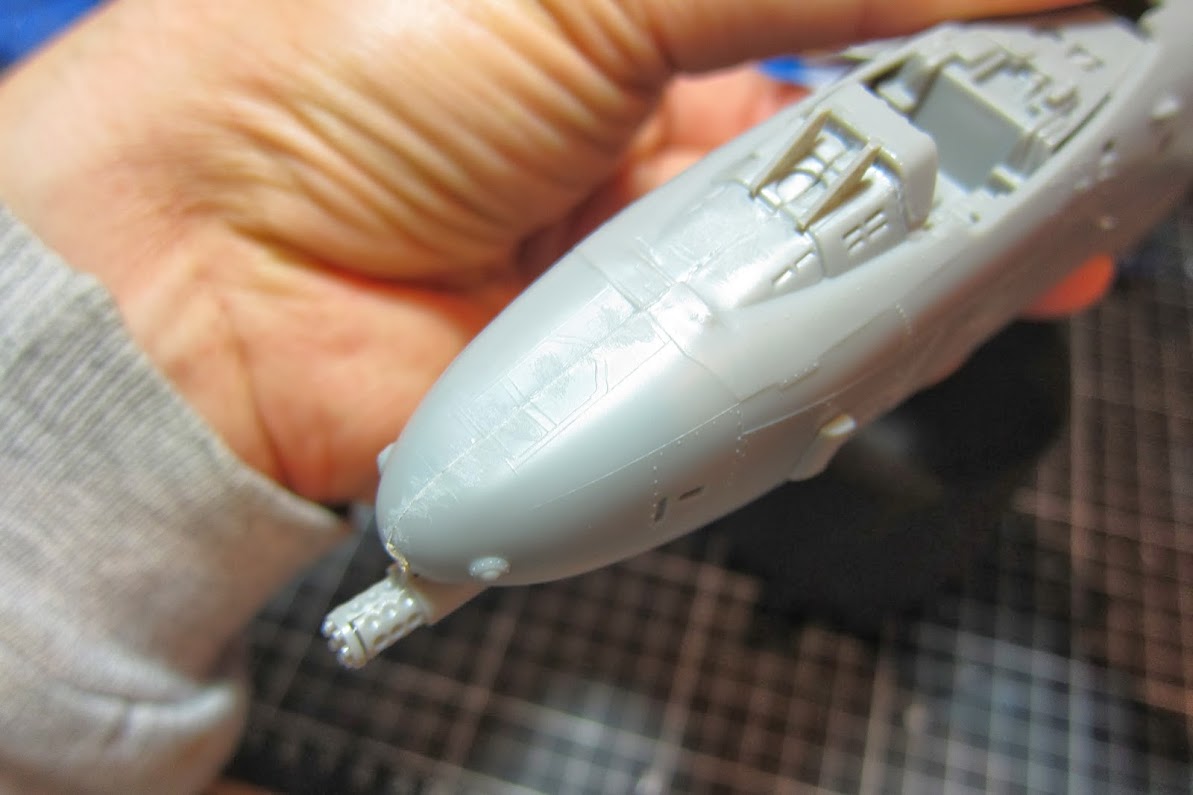 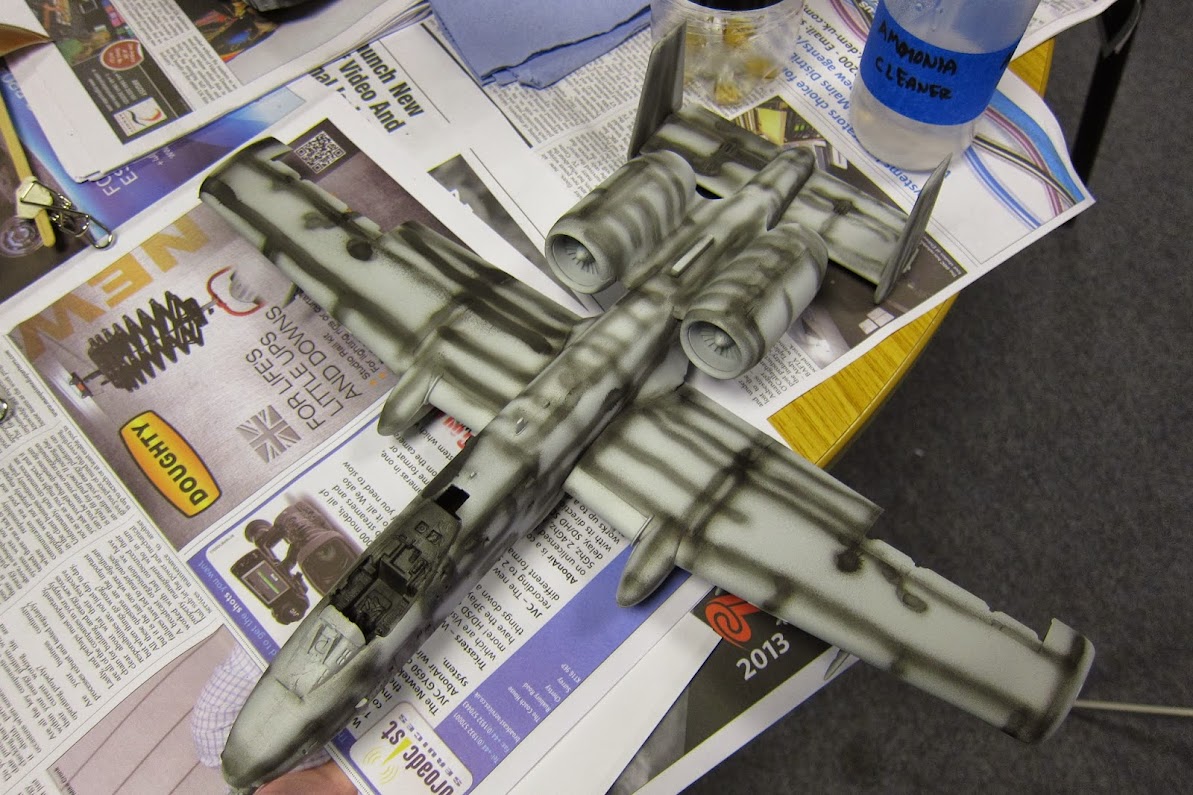 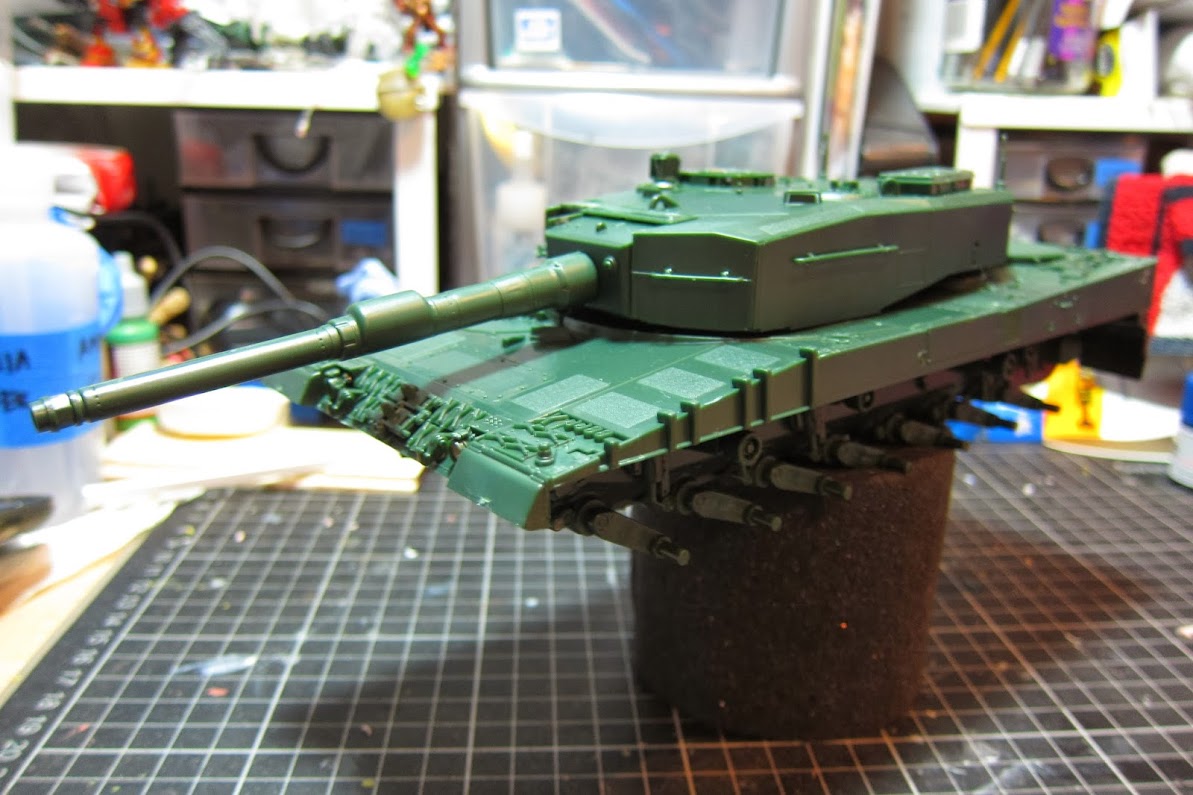 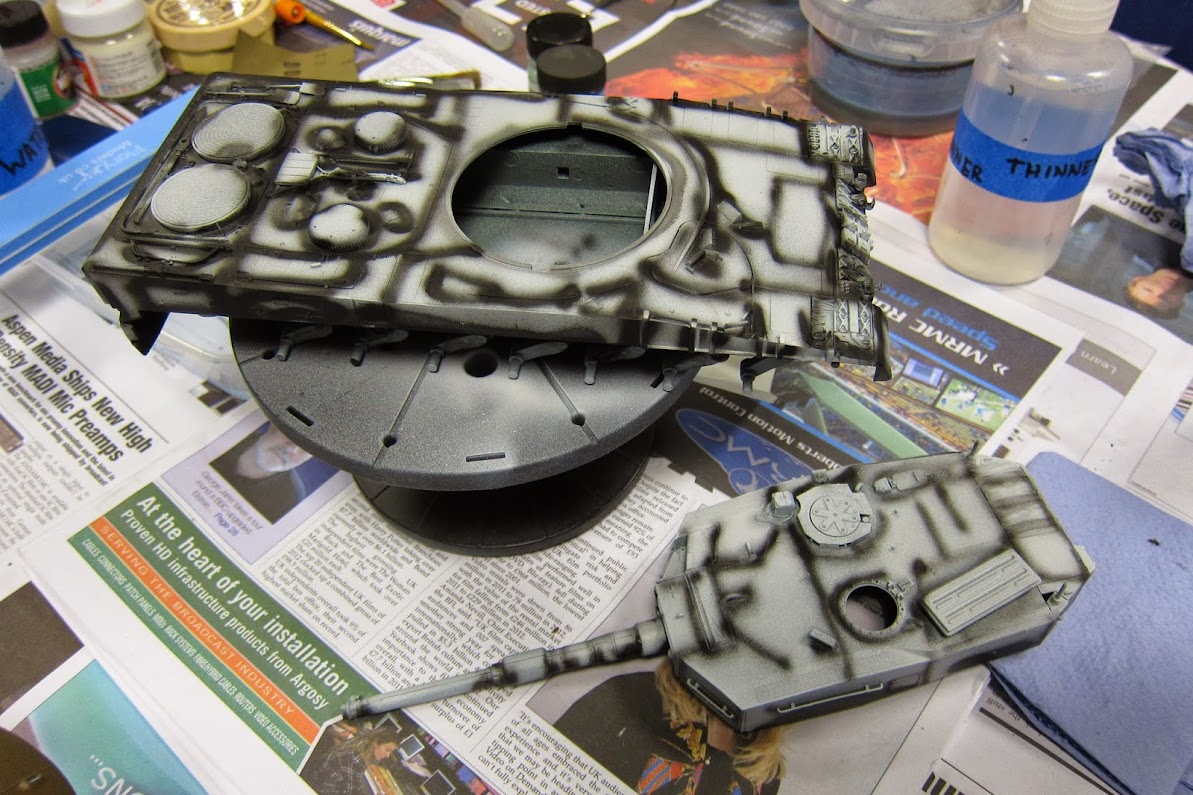 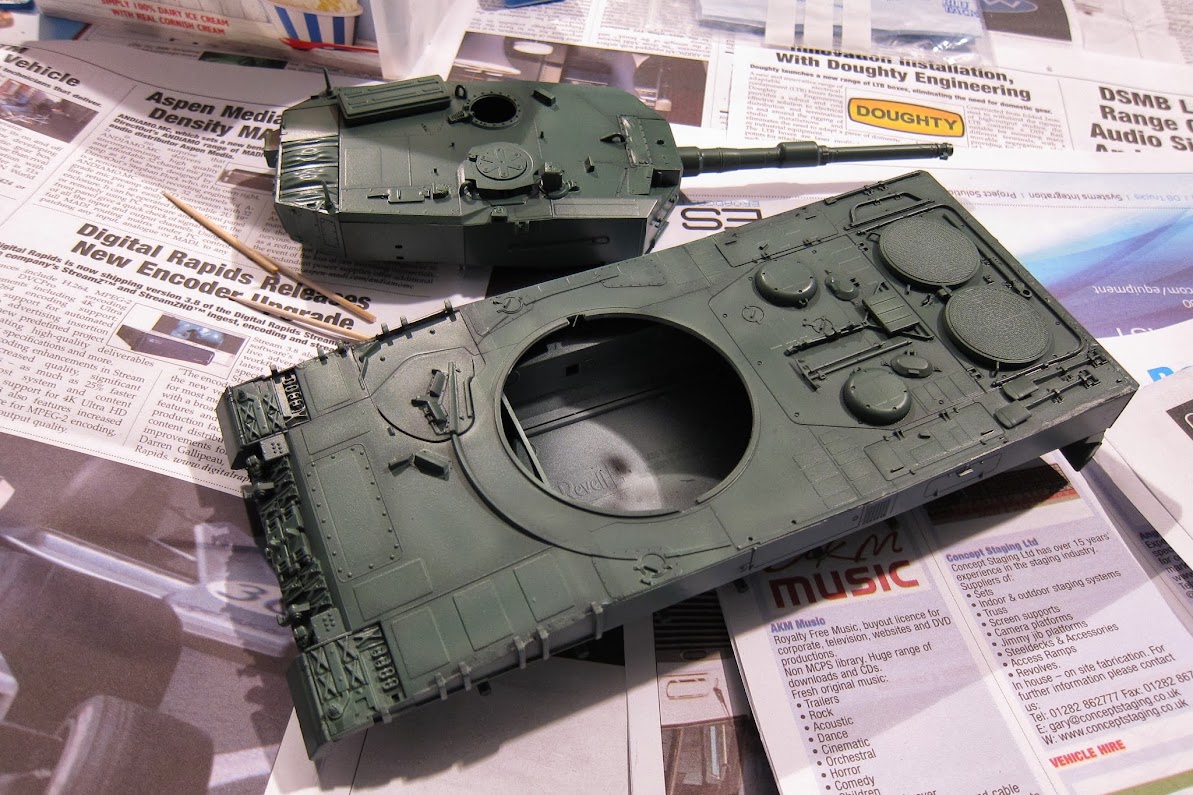 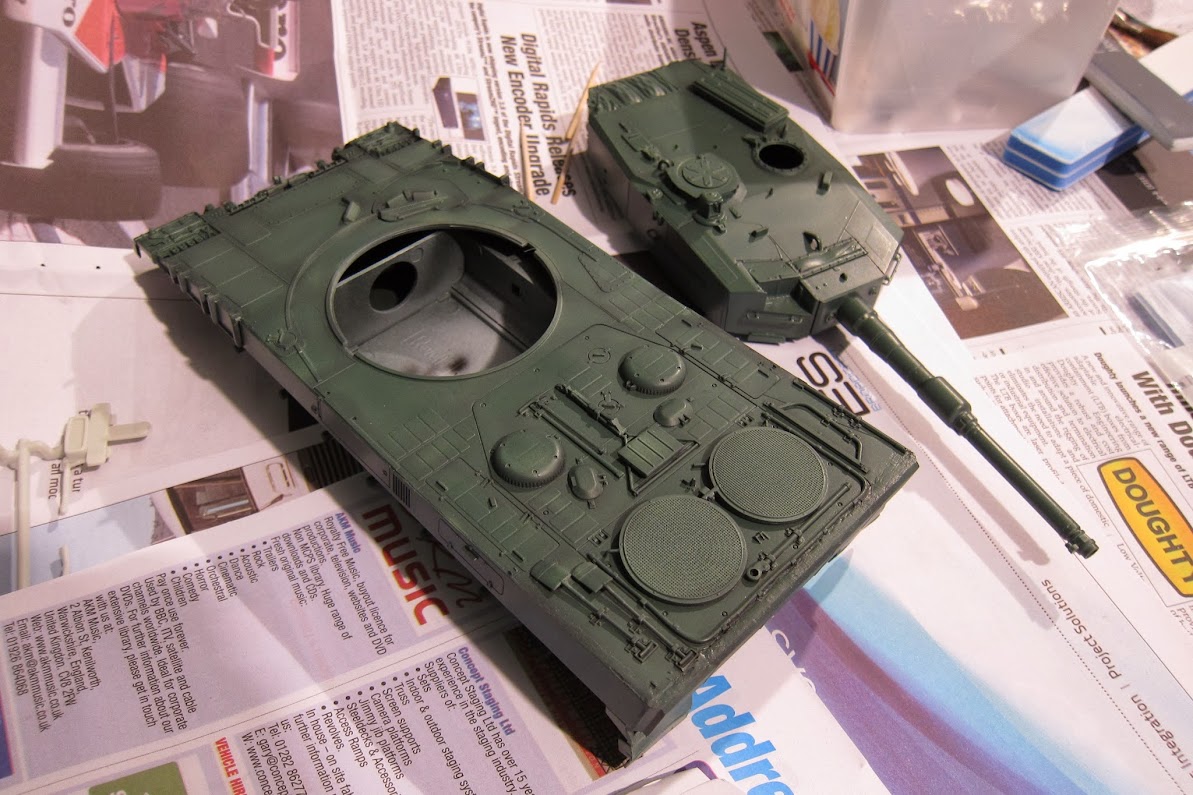 So here’s my first post about the scale models I’ve started building recently!

This one will be about the Revell 1/16 scale VW Beetle from 1951. I grew up in a couple of different Beetle cars from the late 60’s and early 70’s, and we even had a VW van with a Westfalia camper conversion that went all over the US. (maybe a subject for a model down the road?)

Now that I’ve got a lot of the tools and paints that I wish I had when I was a kid and am able to muster up the patience to build things correctly, it’s about time that I try to airbrush a real gloss finish to a car model. The box art has this car shown with white paint and white wheels (and of course the chrome hub caps!) but I’m going to paint this one a dark blue – Tamiya X4 to be exact.

So here’s the main body primed with Vallejo grey primer: 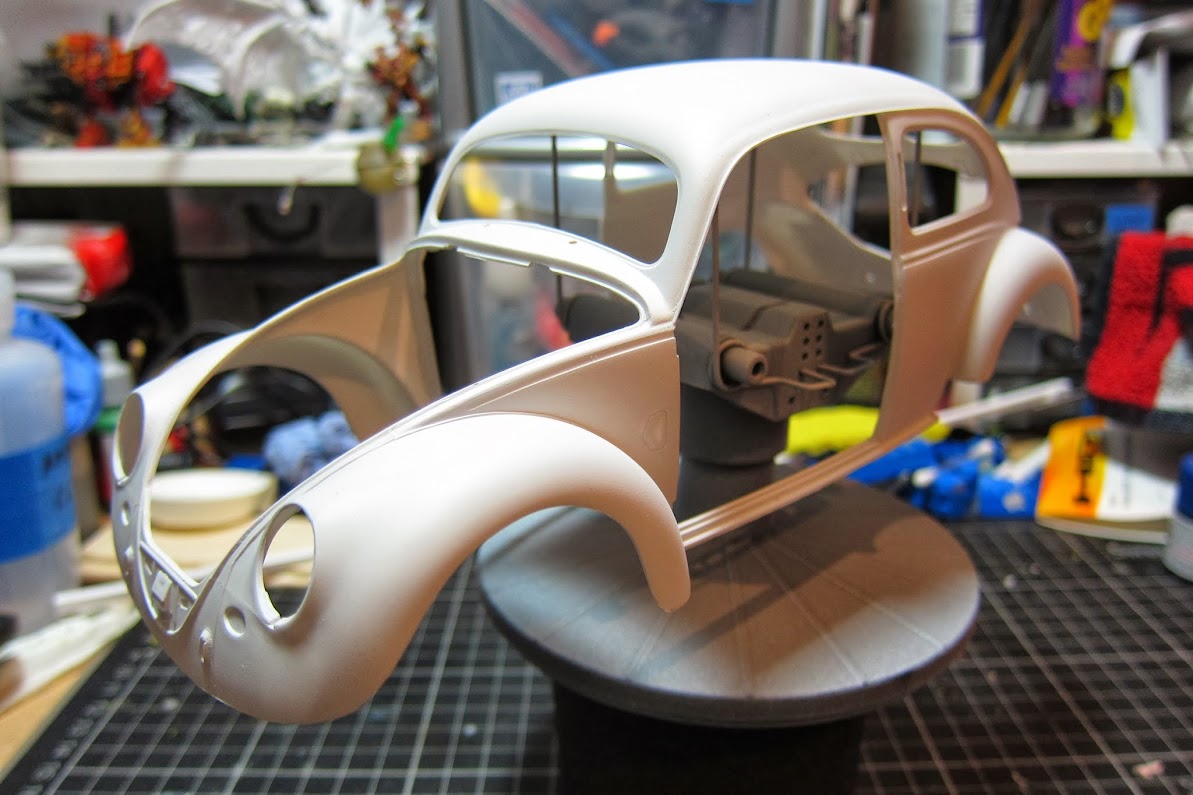 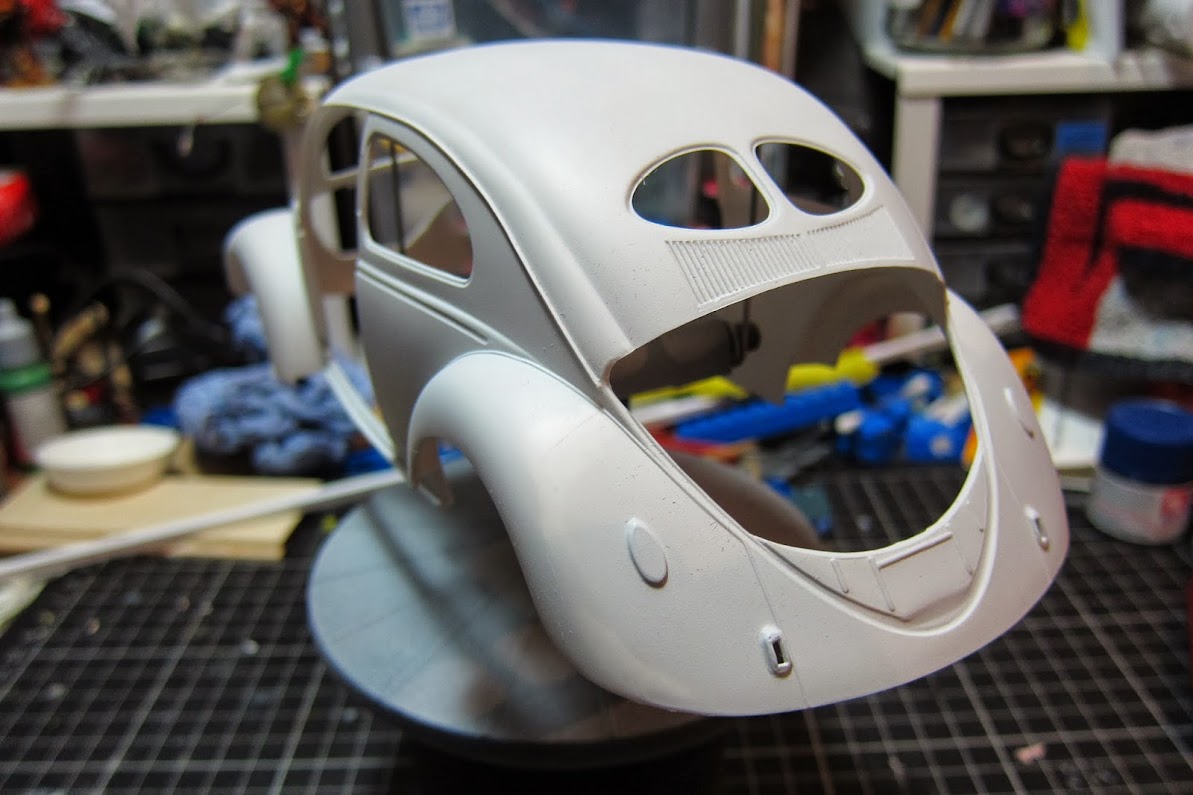 And the other external body parts in the same primer: 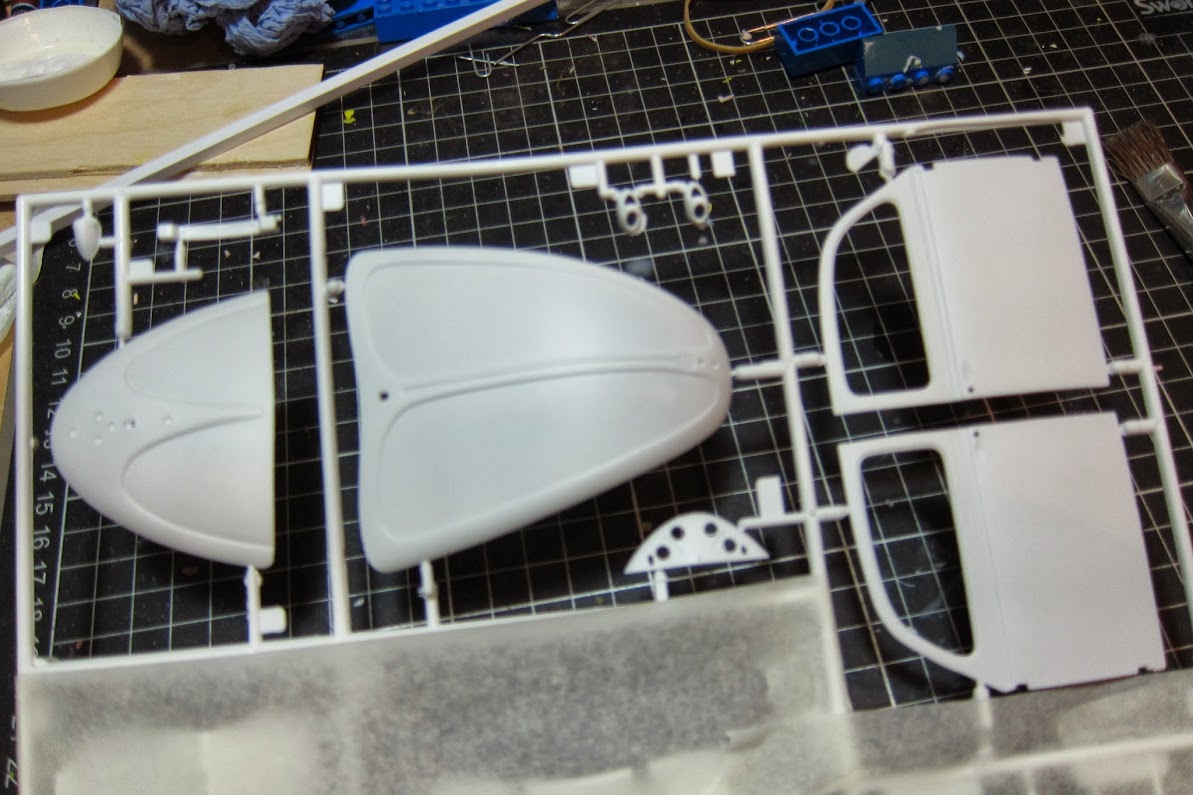 (not a great picture)

The primer covers really well, I’ve ready of some people having problems with the ‘black cap’ Vallejo primer but I haven’t seen these issues. I wash the parts thoroughly in warm soapy water, dry them off, put them in front of a fan heater or blow dryer to take off the water vapor and then do a couple of mist coats of primer before one solid coat and that seems to work well. From what I’ve read you’re meant to let the final coat of primer cure for at least 2-3 hours but spraying the color within half and hour seems to be OK. When I spray my wargame models I just prime and lay the base coat almost immediately, so going back to scale models is a real eye-opener when it comes to surface prep and drying time! Especially with gloss.

Anyway, after the primer was cured I shot some color coats, starting with a couple of mist coats: 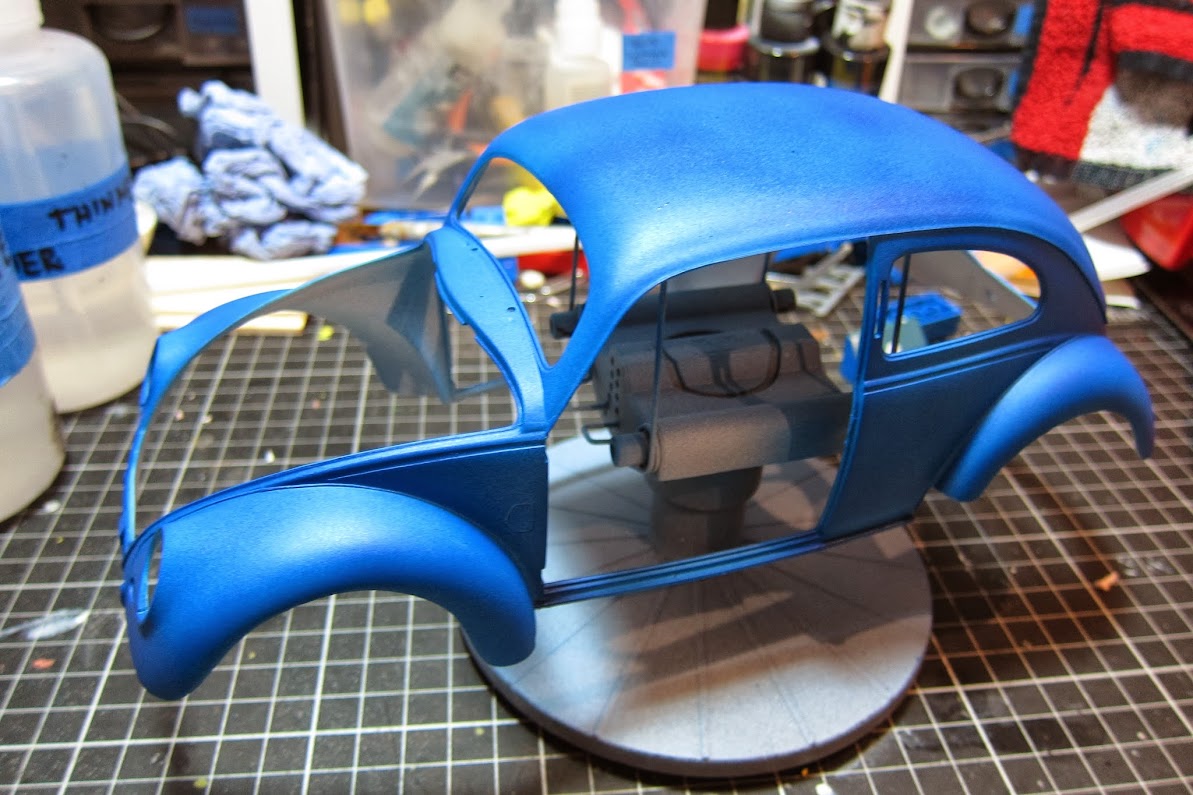 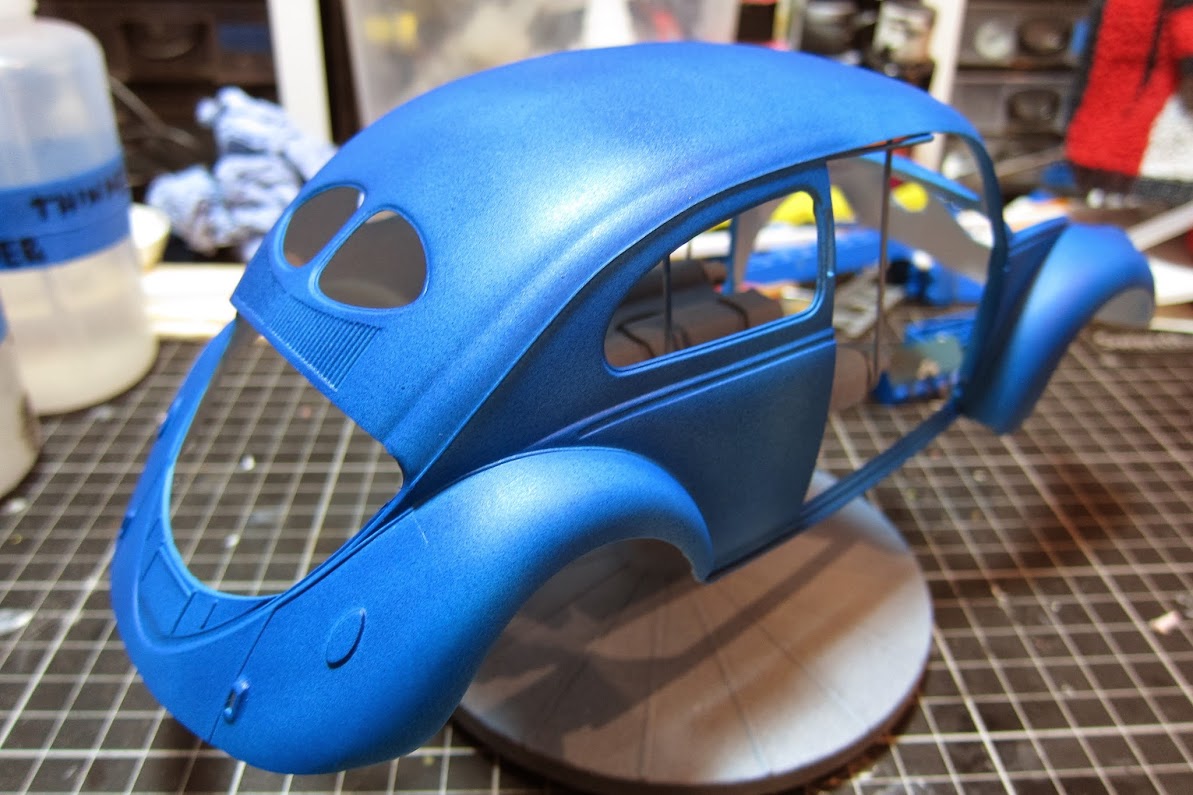 The first ‘wet coat’ didn’t go on so well: 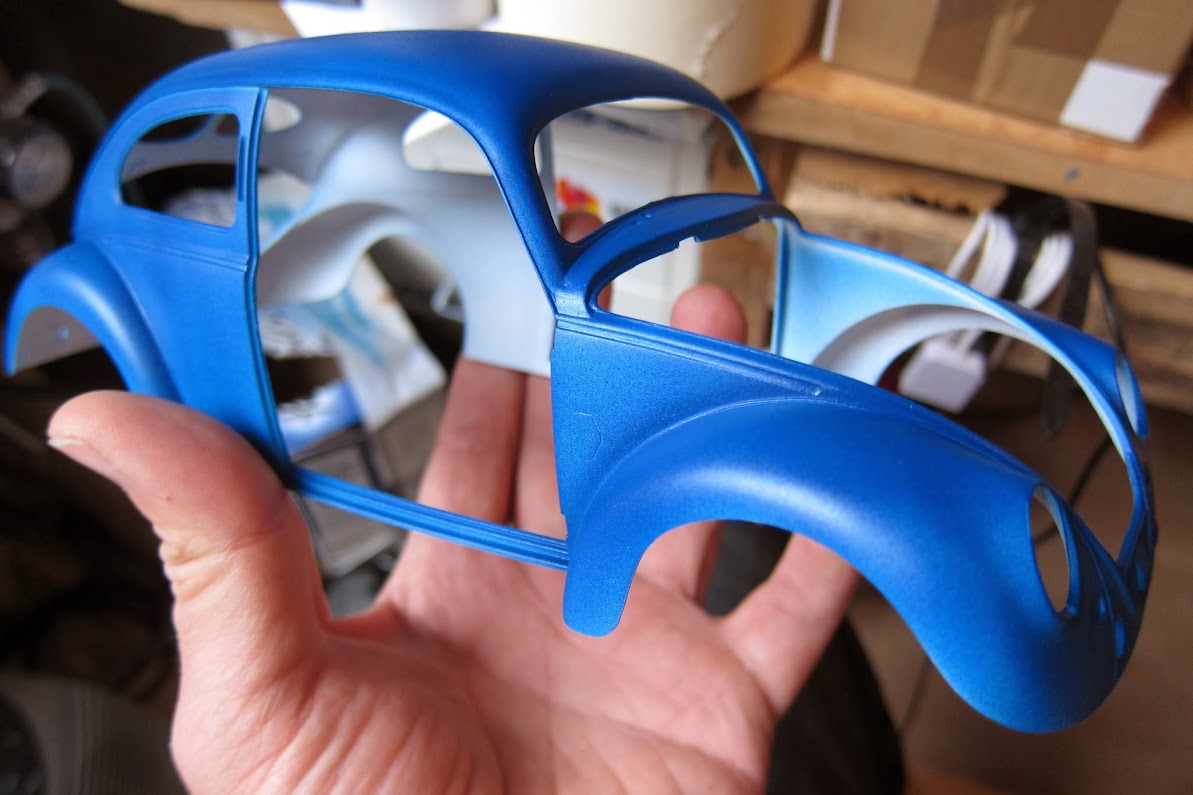 You can see where I’ve laid paint thicker in some areas than in others, this will have to be corrected in future coats, but I have to wait about a day between each wet coat,  and then wetsand (with 3000 grit paper) & fully wash the car after each coat.

Gotta carry on with the spraying and hope I don’t make any dreadful mistakes!

Yep, the obligatory ‘hi, welcome to my blog’ post.

I decided to start up another blog to go alongside my wargaming modeling sites to a) give me more inspiration to keep building models and b) collect tips and cool things that I find online.

Soon enough I’ll start posting pictures of the models I’m working on, until then sit tight! 🙂